A glimpse of the future in South Australia

These are tweets of the UK Sex Workers’ Outreach Project Sussex advertising their stall at the UK Sussex Uni’s recent freshers’ camp.  Julie Bindel, the co-founder of the law reform group Justice for Women said of this initiative, “This is beyond disgraceful. It makes me so angry that the sex trade’s become normalised and pimped to women as though it is a harmless and respectable way to earn a living. There should be an enquiry by the university into this.” 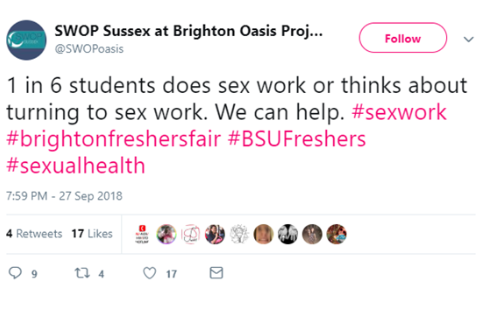 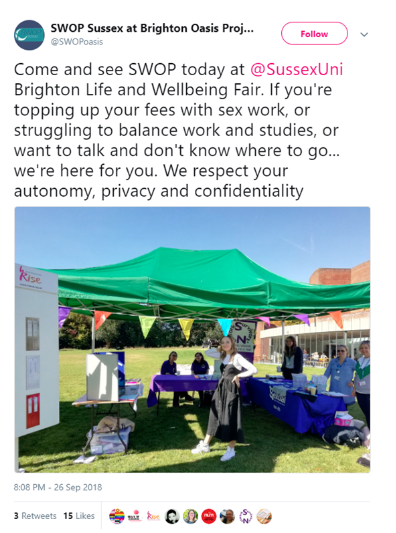 The proponents of decriminalisation of prostitution in SA need to answer if this is what they want to see being promoted at South Australian Universities.

Parents of young girls starting university need to ask if this is what their 17 and 18-year-old daughters will be offered as they begin their university careers?  Why should young women be encouraged to earn a living this way while at university?

Young men should never be taught to see their classmates and young women in this light.  The Advertiser of 3 October 2018 quotes the Minister for Women Kelly O’Dwyer saying that excuses like “boys will be boys” can normalise disrespect for women. How much more will societal approval of the industrialised sale of women’s bodies for the gratification of men?

If the Greens’ decriminalisation model is adopted prostitution advocates will be allowed to seek workers at university career evenings, just like any other work opportunity. What’s more, any action of a university restricting them from attending will be unlawful because of SA’s anti-discrimination laws and the specific terms of the current Bill.

It is time for the SA parliament to stand up for the wellbeing of all young South Australians and reject the move to decriminalise and so industrialise prostitution.