The Attorney-General Jacklyn Symes described the Australian Christian Lobby’s pamphlets on the recently passed Change or Suppression (Conversion) legislation as “hurtful, harmful and wrong” in the Herald Sun.

However, she didn’t mention that the legislation bans LGBTIQA+ people who want help from getting help [Section 5(1)], and prosecutes parents who want to encourage their gender confused children to wait, rather than rushing into irreversible gender transitioning treatment [Section 64].

These ACL pamphlets seek to bring out truth and raise awareness in the community. And, LGBTIQA+ people should have the freedom to explore other options and seek counselling rather than limiting them to only one option – gender transitioning.

What is concerning about Section 5(1) of this legislation is that even those who consent to get help cannot get it. This harms LGBTIQA+ people by robbing them of their true freedom of choice.

In addition, Section 64 amends the Family Violence Protection Act 2008 to allow authorities to investigate and prosecute parents who help their children understand and be at ease with their own biological sex before deciding on gender transitioning treatments.

With gender theory being taught extensively in all state schools to children as young as primary level, children who return home with confusion over their gender will lose the opportunity to have proper conversation with their parents. Parents will either be forced to affirm their child’s preferred gender, or risk being investigated or prosecuted for “family violence” that is deemed to cause either emotional or psychological harm by “changing or suppressing” their child’s desired gender identity. 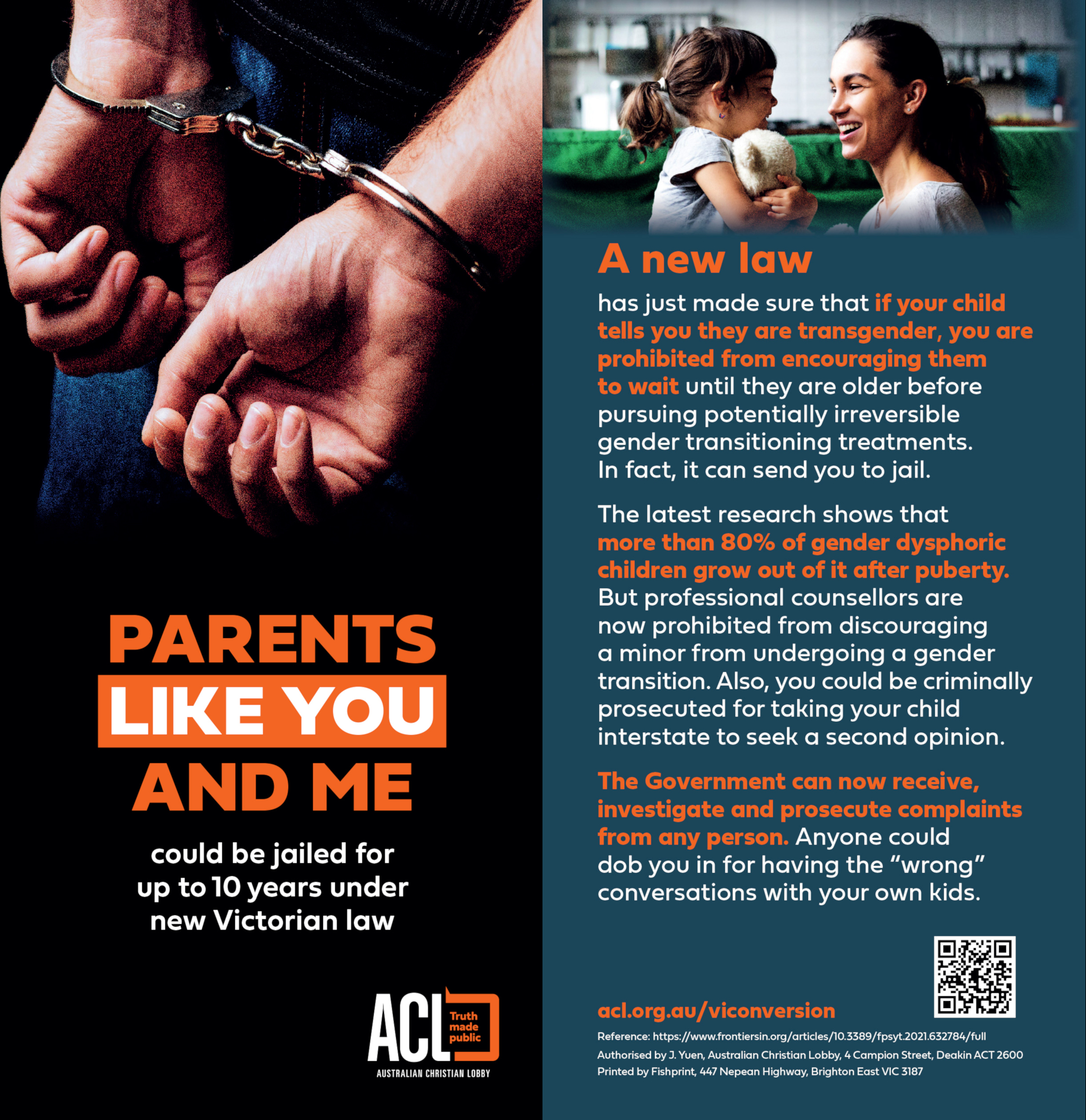 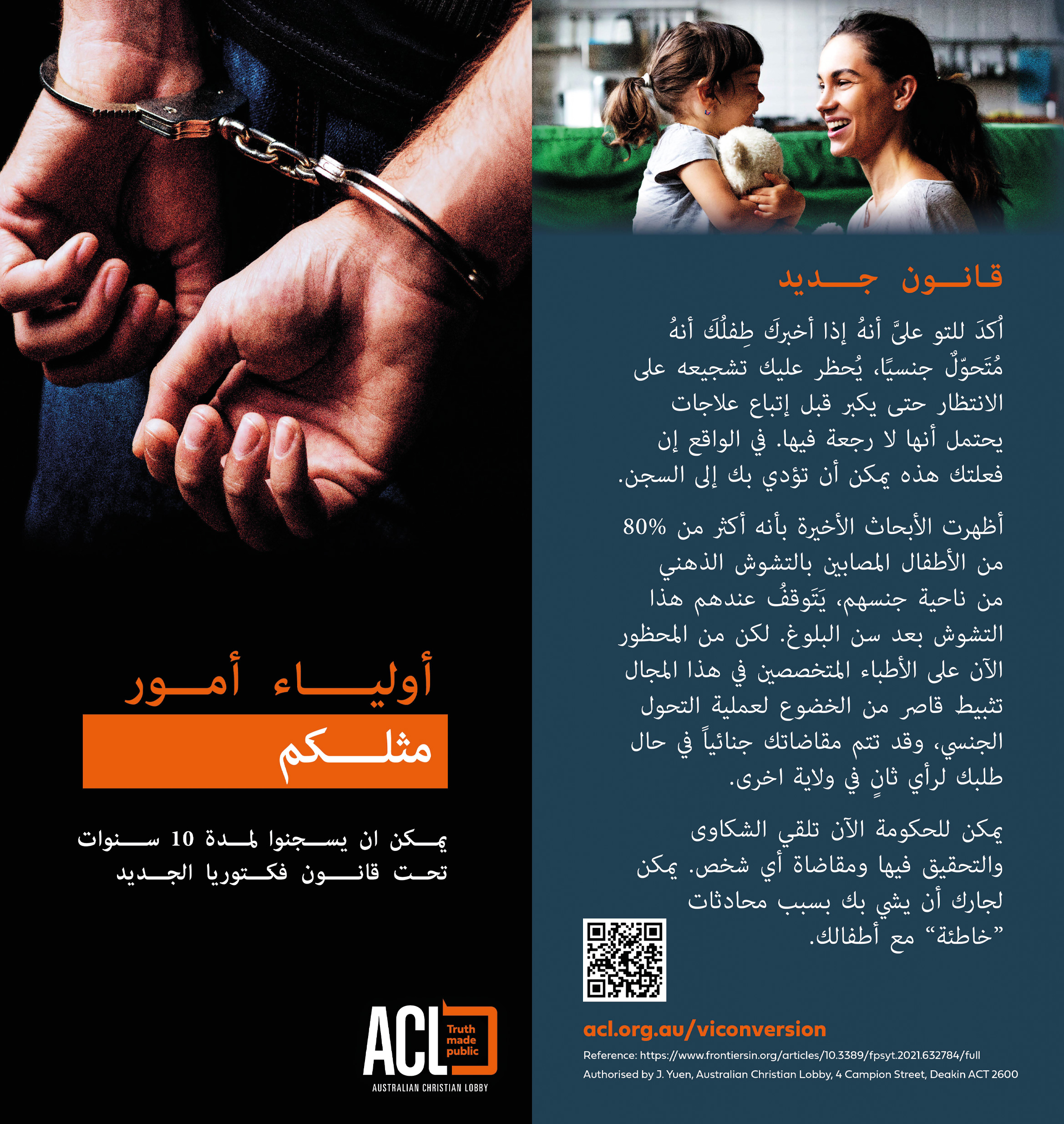 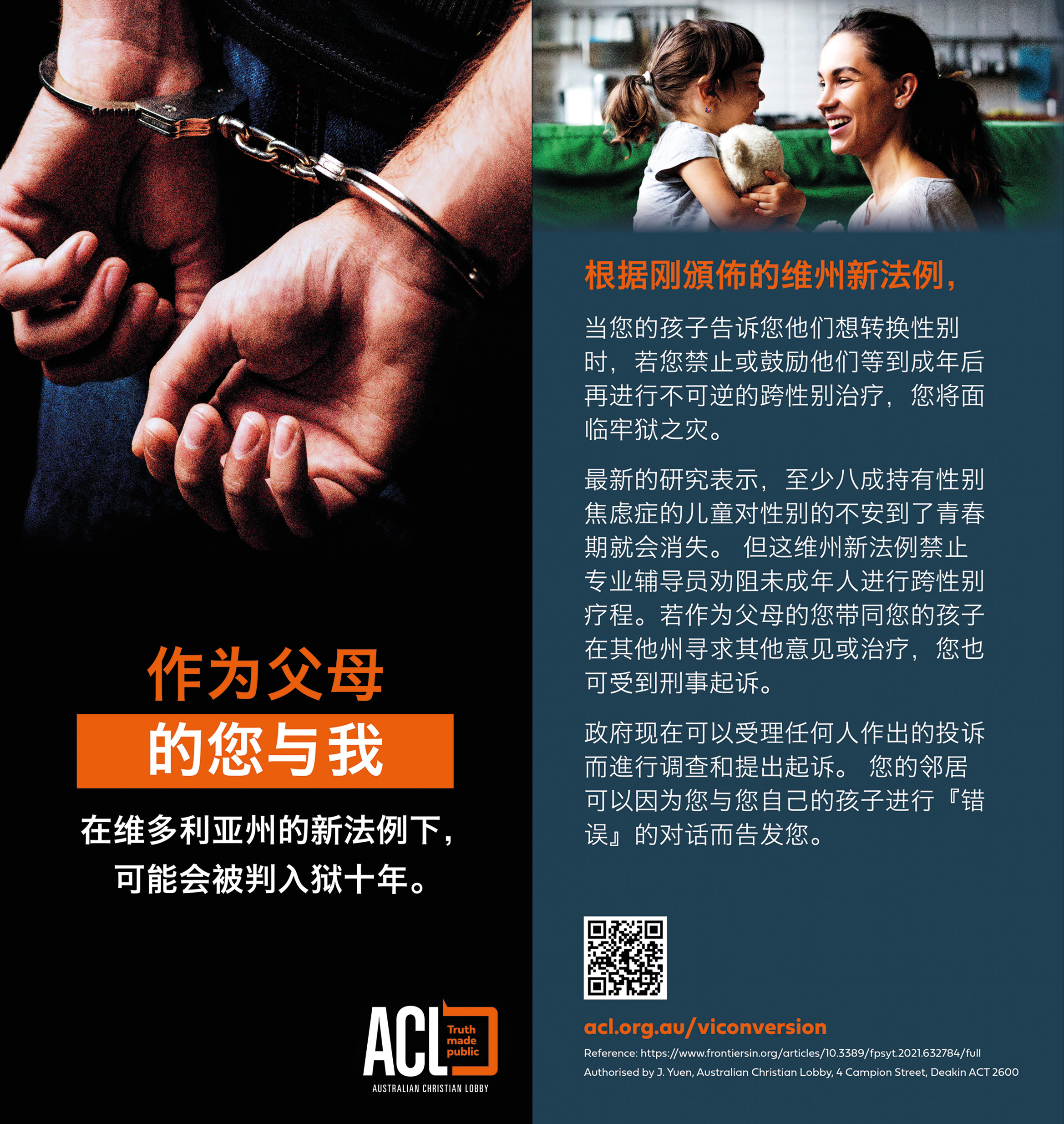 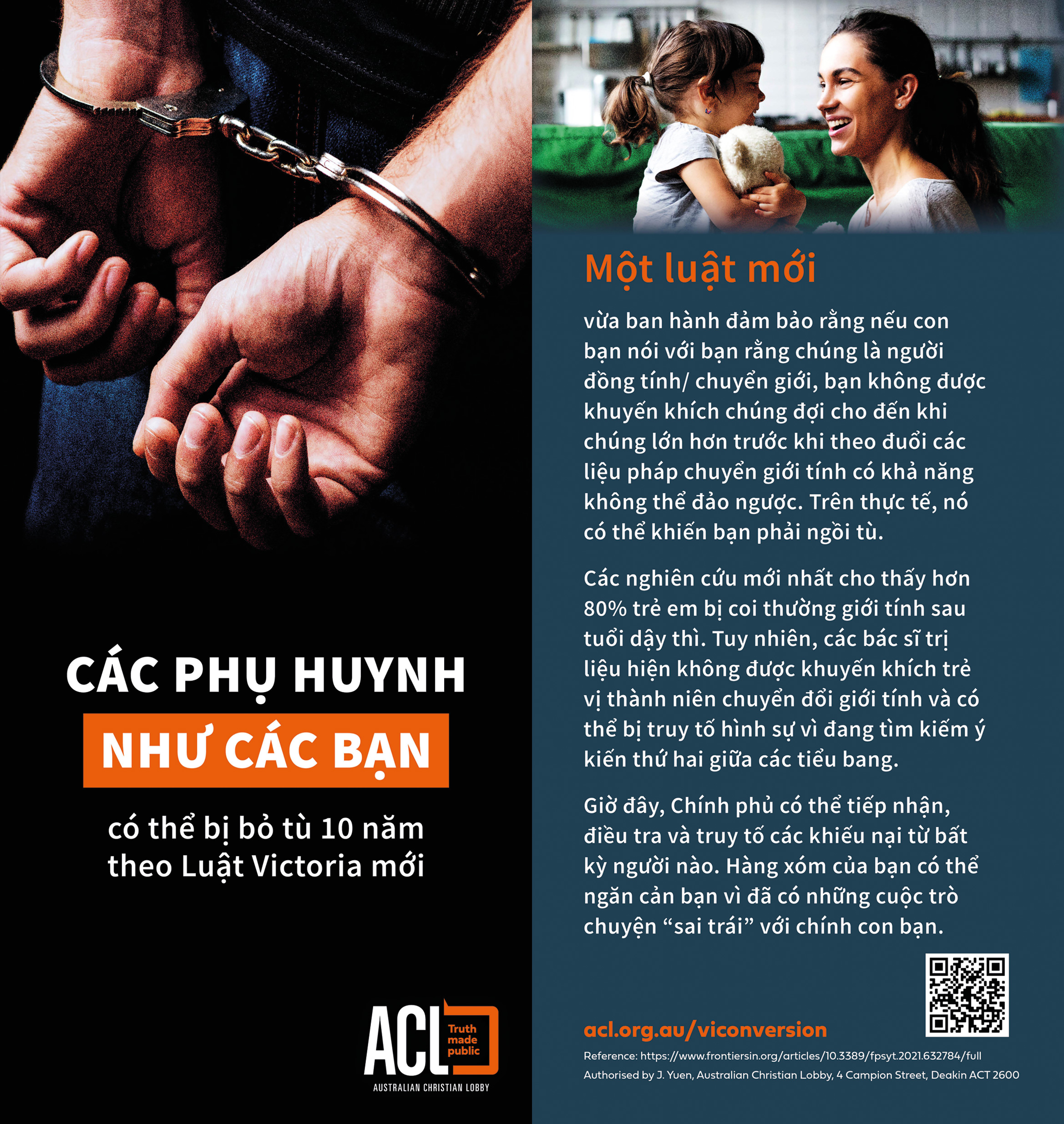 (Above) The English version of the flyer, as well as translations in different languages to reach more people in the community.

Out of love and care for families in the community, children, and the LGBTIQA+ community, the ACL pamphlets intend to help parents be aware of the danger of this legislation and avoid litigation. It is also ACL’s wish to advocate for the true freedom of gender confused children and the LGBTIQA+ community. If they are seeking help and consent to receive it, they deserve help in any form.

How are ACL’s pamphlets “hurtful, harmful and wrong” or “derogatory” and “appalling” when they tell the truth about passed legislation and reveal the hidden risks?

The Attorney-General and the Andrews Government should ask themselves why they are enacting a law that strips away the freedom to help others or seek help, and that prosecutes parents who want to parent with common sense and acknowledge biological facts.

Labor v Labor lite is no choice at all