Scott Morrison is finding himself in the same position as Tony Abbott.

Big sections of the media want him gone, and it's ugly.

Nothing he does will be good enough. Every step, every word, every act, will be ridiculed, contemptible, broadcast in the most critical light, and the anti-ScoMo narrative will build steam, relentlessly.

He visits fire-ravaged communities, he's a shameless self-promoter. He stays away, he's a useless leader.

He gets accused of doing nothing, so he puts out a social media video explaining what the government is doing, and he's derided globally as tone-deaf and insensitive for "advertising."

He goes on a holiday with his family which he cuts short, so he's done the worst thing imaginable. Meanwhile, the QLD Premier is on a cruise and the NSW Emergency Services Minister is in Europe - not a peep about them.

If Australia were wiped off the face of the earth for 100 years, not a jot of difference would be made to the climate, but he has blood on his hands because his climate change policies of the past 12 months aren't radical enough.

And somehow, it's all his fault... This one man apparently has the power of God, to wreak destruction upon the nation, or at least to snap his fingers and fix it all up like it never happened... so people who throw abuse at him are championed.

None of this is levelled at him because he has done wrong - it's just because his politics are the wrong colour, and his creed is Christian.

Tony Abbott had the same problem, until they finally finished him. He wound up stumbling over every single word that came out of his mouth, such were his efforts to guard against their misrepresentation and abuse.

Unfortunately, our politicians continue to be affected heavily by a feral media. They try to explain themselves, modify their language, change tack, become nervous and risk-averse, anything to fold up into the little box the media are building for them.

But take some counsel from Jesus - it's just pearls before swine. It matters not what you say or do, they will take it and tear you to shreds with it (Matt 7).

Trump has been clever in this respect - he disarmed the media by calling them out. He refused to play their games, refused to speak and act like they wanted him to, refused to even talk with them... and he told America what many Australians also know - segments of the media are just plain corrupt.

By "corrupt" I mean this: they do not care for the truth. They use their combined influence on "the narrative" as a political power tool, regardless of the lies they must tell in the process.

If I were in the Prime Minister's seat, I like to think I'd name it for what it is. Time to break this game up and send the swine back to their sty.

But in the absence of being able to achieve any of the above, I'll keep praying for him. 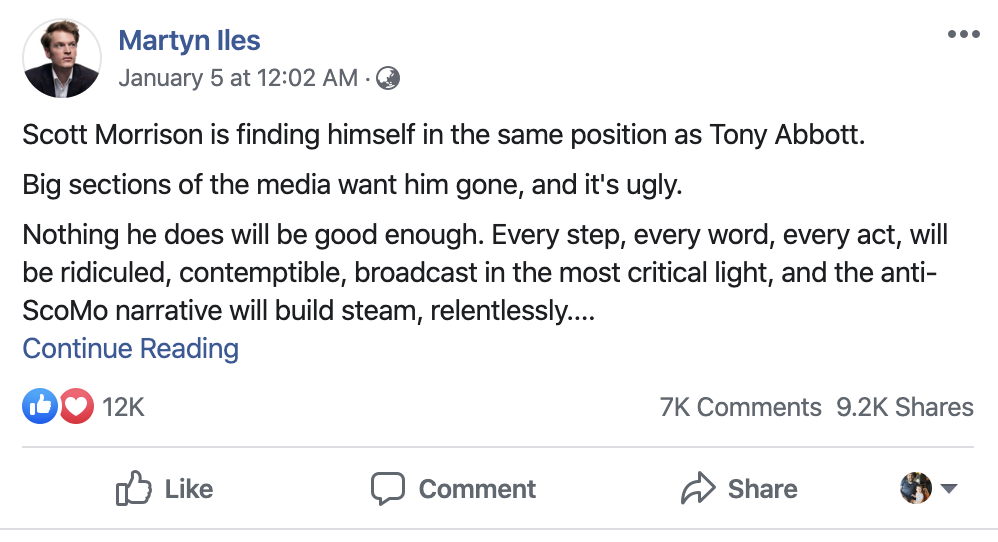 SA: Vote for life this election

Welcome to a big year for the ACL Northern Territory family. Happy New Year! Amanda and I had a great...

2022 will be an exciting year for our ACL Tassie family as we welcome Sarah Heys as Tasmania State Coordinator....

SA: Vote for life this election

2022 will be an exciting year for our ACL Tassie family as we welcome Sarah Heys as Tasmania State Coordinator....

Welcome to a big year for the ACL Northern Territory family. Happy New Year! Amanda and I had a great...