Did you ever think that a Christian school would be hauled before a Tribunal for stating orthodox, historical Christian beliefs? No, neither did I, but welcome to our brave new Australia.

Ballarat Christian College, a small regional Christian school has just faced such a claim. A former teacher, who stood down from roles in her church and started worshipping in Melbourne because of her views of same sex-marriage, took action against the College in October last year. Having expressed her disagreement with the College’s Statement of Faith, which was updated when the legal definition of marriage was changed, she resigned in February 2019. The College was shocked when the next it heard from her was in the form of a claim of religious and political discrimination some eight months later.

The College’s beliefs on marriage were well known before they formally updated their Statement of Faith. As far back as 2015 they had to close the College following vandalism when they made clear their position in a letter to parents. When the teacher re-commenced employment in 2016 there could be no doubt as to where they stood on this issue.

Despite all this the College settled the claim last week, without compromising their beliefs, but conscious of the ongoing emotional and financial costs, and the potential for even more. In many ways the bullies seem to have won – but the College needs to focus on providing high quality education for its students.

With the Australian Government considering protections for religious freedoms, activist groups, their sympathetic academics and even celebrities are trying to whip up fear about what the consequences of such legislation might be. Simply putting words in the mouth of a celebrity doesn’t make them true. The reality of religious freedom in Australia is the story of this small regional Christian school. This is why we need strong religious freedom protections – and we need your help to make sure that this happens. 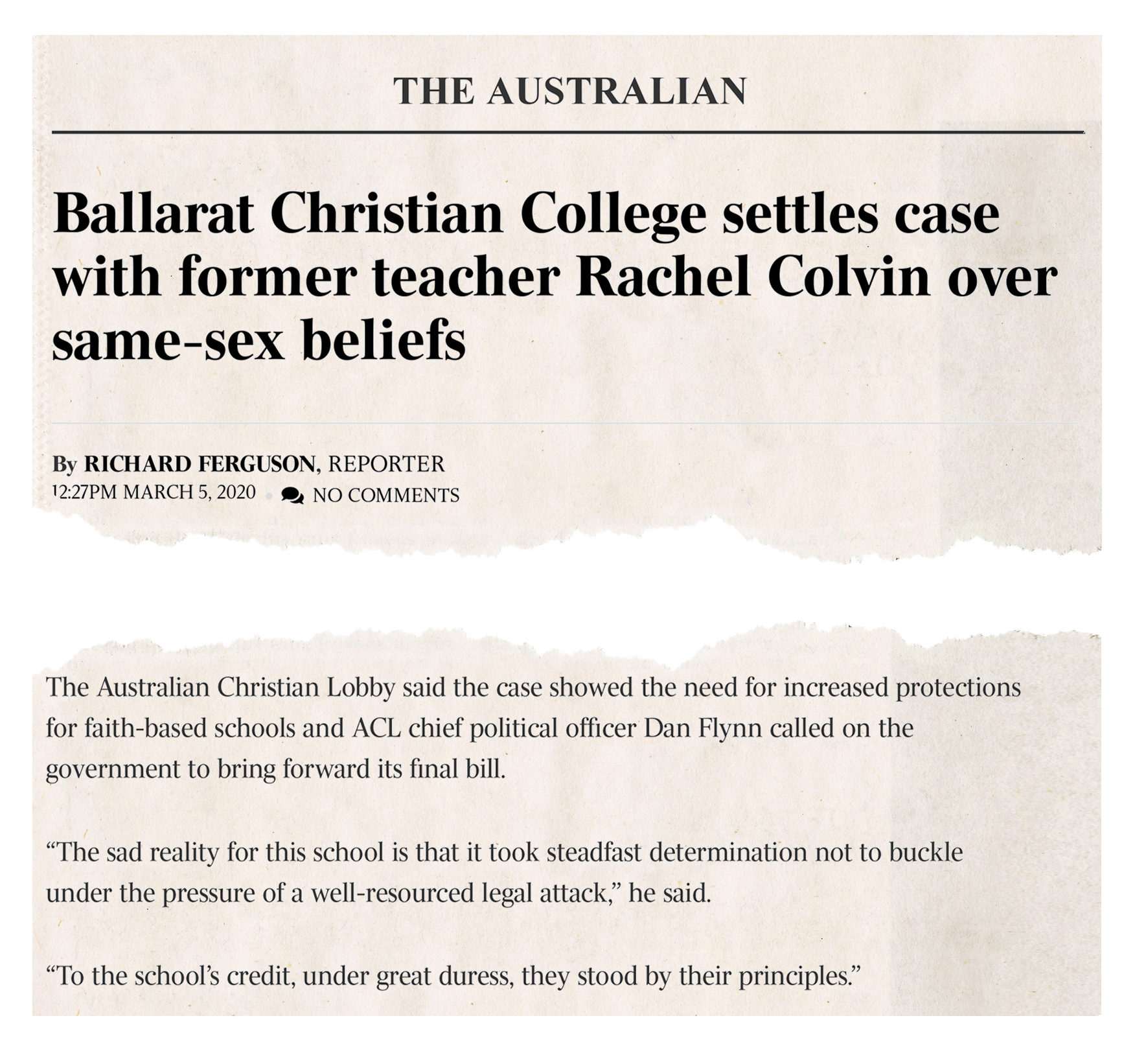 (above) Australian Christian Lobby media release picked up in the press.

Labor v Labor lite is no choice at all