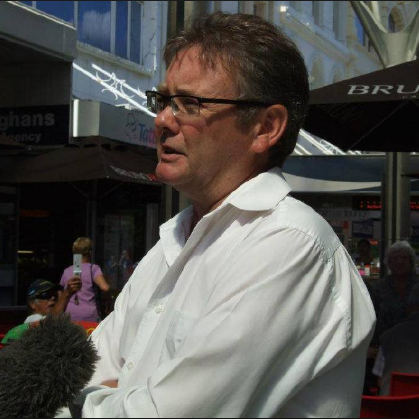 I was born in Launceston in 1961, I spent 7 years in Devonport on the North West coast of Tasmania before my family returning to Launceston where I have spent the rest of my life.
I have 3 children, one still in infant school.
I have a working background of business administration, business ownership, sales and marketing and hotel management. I currently work in my own business which I have done for the last 6 years, the business is involved in printed promotional material.
I am a great music fan as having spent 20 years in musical groups in Tasmania. I love cooking and am a cooking show tragic.

I believe economic growth is the key to a more buoyant economy and thus provide further funding for improvements frontline public services. I would like to concentrate on bringing in further business to Tasmania from the mainland and support all current industry. I wish to ensure a second Tamar River bridge become a reality, it will see Launceston through the next 50 years.

I believe in dying with dignity, the medical profession have always been assisting terminally ill patients. I do not wish parliament to follow legalised euthanasia.

I am totally against changing or introducing legalisation of drugs, as I understand users of cannabis are fairly free to have person use only amounts.

I do not support late term abortions unless the mother’s life is in danger.

I have no concerns for employment in small business being based on fellow religious beliefs.

I am totally against the safe school program.

A $1.00 bet limit on poker machines is sensible, further support and necessary funding is required to assist those who admit to gambling problems.

Prostitution is well known as the worlds oldest profession, it will never be curbed. I do not agree with criminalising the “buyer of sex”.

I would like to be remembered as an ideas man and capable of seeing them to fruition, a fair man and steadfast in his principles.