In Hungary, they are putting family first

As same-sex marriage activists called for tennis great Margaret Court’s name to be removed from the Margaret Court Arena, I was attending the 11th World Congress of Families in Budapest, Hungary.

So many same-sex marriage advocates will not tolerate dissent and even a tennis great must be punished for lovingly saying out loud that marriage is a man-woman project.

On the banks of the Danube, the UK’s Guardian newspaper labelled the World Congress of Families “an anti-LGBT hate group” and criticised Hungarian Prime Minister Viktor Orban (pictured) and his government for hosting and sponsoring it.

It doesn’t matter where you are in the western world, if you advocate for preserving the definition of marriage you will be persecuted.

But Orban, who like Pastor Margaret, is not afraid to stand up to the political correctness of the European Union and the media, is unfazed. 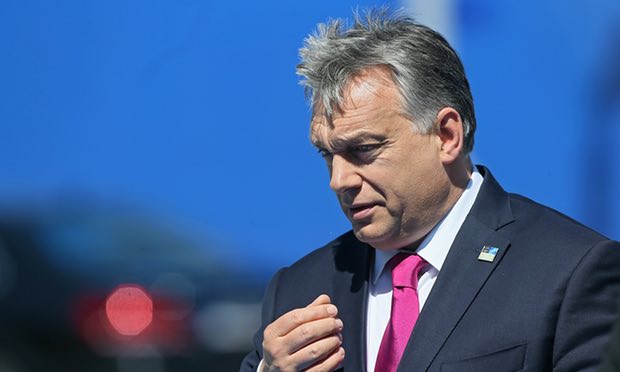 “We are not demonising anyone,” he told the Guardian. “We are putting our priority into families.”

In four days of pro-family and pro-marriage public meetings, there was not a rainbow protestor in sight and security was light.

The congress was preceded by the Budapest Demographic Forum, which Orban and several ministers in his Fidesz party government addressed.

The collapse of Hungary’s birth rate has seen the population crash from 10 million to 9 million in less than 40 years, Orban told the forum.

“Reinstating natural reproduction is a national cause and it is the European cause. If we have children, we have a future.”

Orban said his government’s goal was to lift the Hungarian birth rate from 1.5 children per woman to 2.1 by 2030.

Zoltan Balog, Hungary’s Minister for Human Capacities also addressed the forum and made it clear the government was not seeking to “enforce anything on anyone”.

“We don’t want childbirth to take place under coercion and we will not tax childlessness. But we do want to provide incentives for those who take on the extra burden of raising children.”

The Orban government disagrees with the EU’s view that Europe’s demographic crisis should be met primarily by immigration.

“In Europe, liberal ideology guides politicians and the media. We are sailing upwind but we know our destination,” Orban said.

take the stage and declare that the government defines marriage as between one man and one woman.

And Balog reminded the forum that Hungary’s constitution protects human life from conception.

While Brussels and the media bristle at their pro-family policies, government ministers from Poland and Croatia were on hand to support their Hungarian counterparts.

“The whole of Europe is in trouble when it comes to demography,” Elzbieta Rafalska, the Polish minister for families said.

"The goal of our ministry is to protect family values,” the Croatian families minister Marin Strmota told us.

As the furore over whether-or-not pastor Margaret Court should have her name stripped from the Melbourne Tennis Centre raged back home, I could not help but feel a great sense of hope as these brave European political leaders were courageously getting on with the job of putting family first in public policy.

They need to. Decades of abortion on demand and family breakdown have led to a demographic crisis.

Hungary is a bright light and Croatia, Poland, Serbia and other nations are beginning to follow suit. Austria and Germany have also not redefined marriage in law – something that is lost in the “Australia is an embarrassment” rhetoric used to pressure our politicians.

Too many people think same-sex marriage is inevitable in Australia and that we could never see such pro-family policy in our country.

But on my morning runs through the streets of Budapest along the Danube River, I was reminded that atheistic, anti-family unit Soviet communism ruled here for 50 years.

When I was a teenager, it was considered inevitable that communism in the Eastern Bloc was here to stay.

As this Christian activist jogged the streets where Russian tanks had crushed a peoples’ uprising in 1956, I was also reminded that nothing is inevitable.

A massive thank you. Thank you for taking part in our first National Day of Action for 2021.

Despite the polls predicting a massive swing to Labor in the WA state election on Saturday, ACL volunteers were determined...