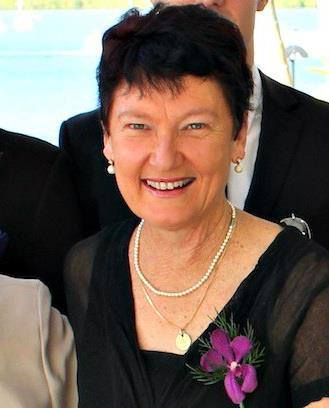 were fact. Tasmania and NSW have withdrawn Safe Schools and similar type programs but have

a) Does your party have a policy on whether gender theory should be taught in schools and, if

so, could you please state what that policy is? I am an Independent and NO I unreservedly

the guise of “education”. I actually find it alarming.

The Federal Labor party has stated its intention, if elected to government, is to provide federal

funding to the Safe Schools program. In this event, will your party:

the classroom? I commit to keeping these types of programs out of our classrooms.

expected to report in the second half of 2018.

a) Does your party propose to change current abortion laws in Queensland and, if so, how?

Could you please outline your party’s policy on abortion? No I do not propose to change

them. While I accept the difficult positions many women may find themselves with an

unwanted pregnancy, I also have the belief that there is no such thing as an unwanted child.

Someone wants them and I hope that is the outcome. However that does not totally preclude

me from being against abortion. I can see a time (unfortunately) with the worlds population

explosion issues where abortion will possibly be one of the solutions for some women.

b) Will you adhere to this policy for the entire 56th parliament? Yes.

protections for the unborn within the next parliament? Not without clarification.

given medical assistance to stay alive? Need to know more about this and the reasons.

a) Will your party commit to ensuring that euthanasia is not legalised in Queensland? No. I

to take matters into their own hands. A difficult choice for anyone but I believe that is their

choice. I have to right to impose that level of suffering on anyone. I did not do that to my

beloved dog recently and we find that acceptable, but if it was me or a loved one asking for

it I would respect their wishes.

euthanasia or assisted suicide within the next parliament? Against the choice of euthanasia –

No as per my comments above. Suicide is a whole different question.

Advertising Standards Bureau (ASB), which relies on the voluntary compliance of advertisers.

While it sounds admirable on paper, this system of self-regulation in practice fails to compel

compliance from advertisers, whose commercial interests are better served through displaying

sexual imagery. There are no penalties, no fines, no consequences for advertisers who consistently

delight in flouting community standards and triumphing publicly over their critics.

a) Will your party commit to a policy to ensure that outdoor advertising is ‘G’ rated? YES.

curb the growth of prostitution, with up to 90 percent of Queensland’s prostitution industry

remaining unregulated and illegal. Sex trafficking continues to be a problem. Internationally,

limiting both the size of and the harms resulting from prostitution. The policy approach known as

services is socially unacceptable can be reinforced with public education campaigns. Sorry

do no know enough about this issue.

prostitution with a view to implementing a similar approach in Queensland? Don't know

rights. What is your party’s policy on this issue? How will your party ensure that such a bill

freedom of expression so that they do not become subservient to the right of nondiscrimination?

Agree with you. In a country that prides itself on their democratic principles,

their professional and/or artistic skills to be involved in same-sex marriages? Give them the

right to choose and uphold those rights.

e) Section 124A of the Anti-Discrimination Act 1991, a so-called “hate speech” provision has

been used recently to suppress freedom of speech. In a free and democratic society,

coercive action against them if they cause offense. Will your party commit to an

There are currently 9000 children in foster care in Queensland. Recent figures show that there have

a) What is your party’s policy with regard to foster care? Will your party commit to reform the

for children in foster care? YES.