The Australian Christian Lobby is calling on billboard giant Ooh Media to explain why it will be censoring a billboard that simply depicts a pregnant woman accompanied by a true statement about pregnancy.

This latest censorship follows recent action taken by NSW Transport Minister Andrew Constance to ban the same image on the side of public buses.

Describing his reaction to an image of pregnant women’s tummy with the words ‘A heart beats at four weeks’, Minister Constance said he was ‘appalled’. This reaction is incomprehensible given the NSW government continues to allow misogynist Wicked Campers messages on their roads such as:

ACL’s spokesperson for women and children, Wendy Francis, wants to know from Mr Constance and from Ooh Media what exactly it is in the Emily’s Voice ad that they find so appalling? And why do they want to shut down a conversation that women actually want to have?

Speaking to 2GB’s Ben Fordham yesterday, Mrs Francis said women wanted to know the truth about their unborn baby and were being let down by this strong step to censor this information.

“The NSW Transport Minister and Ooh Media should be working for all NSW citizens rather than censoring public voices they find politically incorrect,” Mrs Francis said.
“With changes to abortion laws being contemplated, it is concerning that the government may be censoring one side of the debate.” 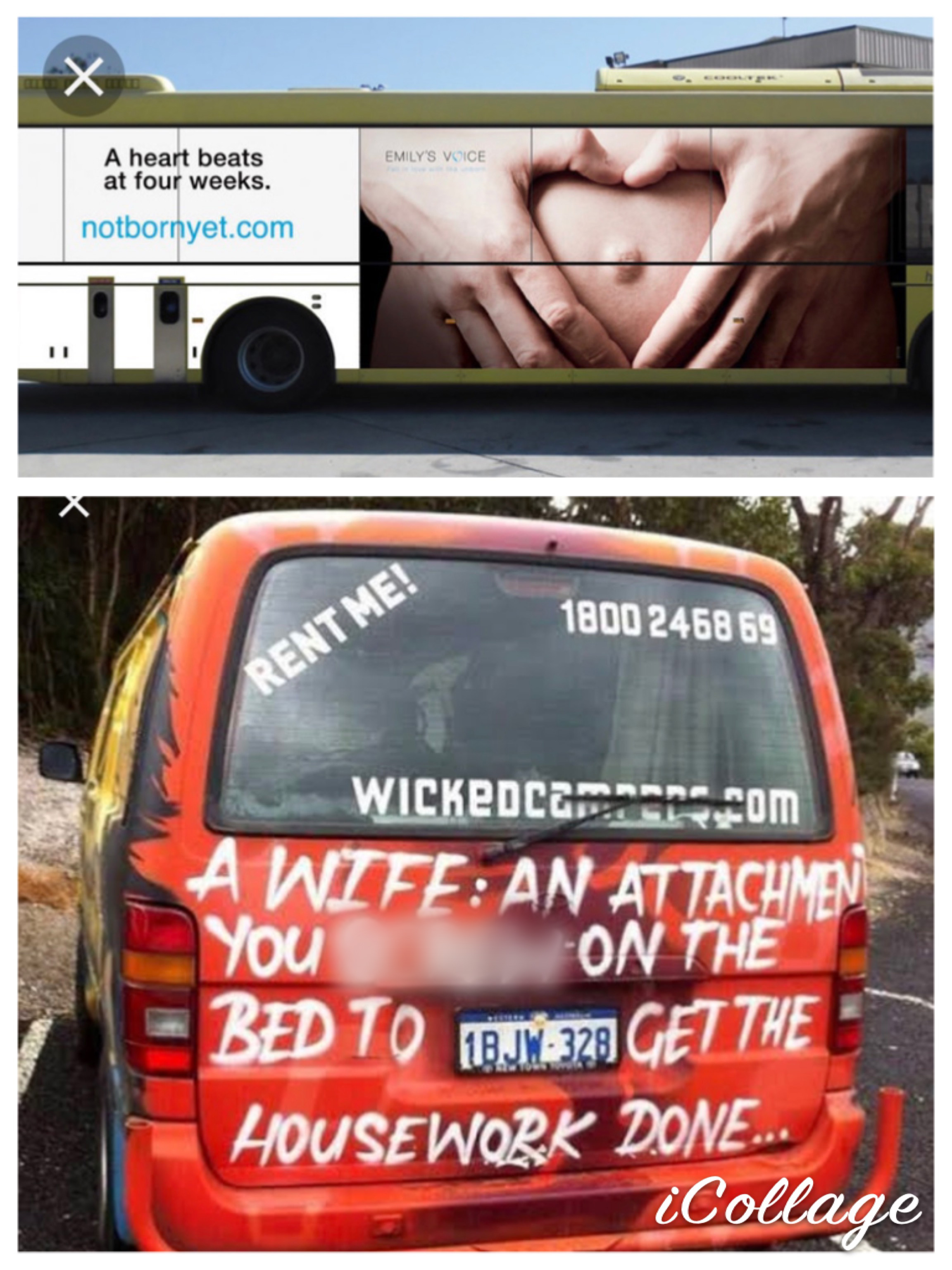