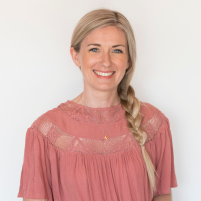 Tasmania's Health Minister Michelle O'Byrne recently introduced legislation to decriminalise abortion in the state, sparking debate from those who support and those who reject the new laws.

In light of this debate, columnist for The Examiner newspaper in Tasmania, Claire van Ryn, has published an interesting piece arguing against the proposed laws. She gives a well-reasoned defence for the rights of the unborn and outlines the flaws which exist in the bill.

You can read the article on her blog here.

Submissions to this bill close on April 5.  To find out more and to write a submission, please visit ACL's Make a Stand campaign page.

The Choice interviews six individuals - five women and one man - about their own experiences of abortion. It delves into the complex issues surrounding abortion and gives an honest and non-judgmental perspective of the associated difficulties.

Visit the website to purchase a copy of the DVD, and to watch the TV promotion.

ACL has long advocated to the rights of the unborn. It has recently launched a campaign encouraging Tasmanian residents to lobby their politicians against proposed legislation to decriminalise abortion in the state.

Make a Stand' against abortion in Tasmania

The Tasmanian Health Minister Michelle O'Byrne has released a draft bill to move abortion out of the Criminal Code, making it equivalent to any other surgical procedure.

The proposed Reproductive Health Bill seeks to follow Victoria's 2008 lead in decriminalising abortion for any reason up until 24 weeks.

The legislation would also effectively criminalise pro-life counselling by imposing significant penalties for doctors and counsellors who are unwilling to refer women to pro-abortion service providers, as well as penalising any kind of protest within 150 metres of an abortion clinic.

Decriminalising abortion could, as has been the case in Victoria, lead to more abortions and in particular more late term abortions.

A recent Galaxy poll of 300 respondents (aged 16-49), commissioned by Emily's Voice, found that Tasmanians are opposed (73%) to late-term abortions (after 20 weeks), when the child has mild disabilities (59%), for the purposes of sex selection (92%), when continuing a pregnancy would cause financial hardship (66%), affect the mother's career (79%), or when parents feel they have enough children (63%) [1]

We encourage you to get on board with ACL's 'Make a Stand' campaign against abortion in Tasmania by writing a submission to the public consultation.

Submissions can be sent via email to public.health@dhhs.tas.gov.au.

Alternatively, mail your submission to:

Visit ACL's 'Make a Stand' campaign page for more information on what you can say in your submission, and for more resources.