ACL staff to speak at Easterfest

ACL's Chief of Staff Lyle Shelton and Communications Director Katherine Spackman will be speaking at this year's Easterfest.

Easterfest is Australia's largest festival about Easter…not just at Easter, but about Easter. Celebrating its message draws thousands of people from across the country to make the pilgrimage up the mountain to Toowoomba.

The ACL staff will participate in 'The Forum' presented by Bible Society, facilitating group discussions on challenging issues of life and faith.

On the Friday, Lyle will be facilitating two group discussions: Are We There Yet?…response to world poverty and Addicted to Technology? The pleasures and pitfalls of living in the digital age. In the evening, Katherine will be a panel guest in a discussion on The Sexual Individualism of the iWorld.

On Sunday evening, Katherine will be the primary speaker on Human Trafficking, facilitated by David Wilson and including guests Destiny Rescue.

If you're able, we encourage you to come along and participate in this event as we celebrate the true meaning of Easter.

Details are as follows:

Cost: Click here for a detailed breakdown of prices

Mary-Louise Fowler on the Political Spot

Mary-Louise Fowler is the Chairperson of the Local Organising Committee of the World Congress of Families which is meeting in Sydney next year from the 15-18th of May. The ACL's Katherine Spackman spoke to Louise about the event.

Martin Thompson on the Political Spot

Posted on Blog · December 11, 2012 11:00 AM
Martin Thompson works with Mission Australia. He spoke to the ACL's Katherine Spackman about the latest national youth survey which found that the economy is the major concern of young people.

Lyle Shelton on the Political Spot

Lyle Shelton is the Chief of Staff at the Australian Christian Lobby. He spoke to the ACL's Katherine Spackman about the US Supreme Court's decision to hear cases on gay marriage.

Dan Flynn on the Political Spot

Posted on Blog · December 04, 2012 11:00 AM
Dan Flynn is the Victorian Director of the Australian Christian Lobby. He spoke to the ACL's Katherine Spackman about the drop in money being spent on pokies in the state since it banned ATMs in gaming venues.

Managing Director of Women's Forum Australia Kristan Dooley spoke to ABC Breakfast show today together with psychologist Louise Adams about the harm that can come from a sexualised media environment for girls.

Women's Forum Australia has begun importing a Lottie doll, as a positive alternative to dolls that have unrealistic body shapes, wear highly sexualised clothing or come with tattoos, fangs and other such things that promote unhealthy and unrealistic lifestyle.

She told ABC that WFA have been inundated with requests for the doll since news spread that it was being imported to Australia.

A 7 minute video interview can be watched here or by clicking on the picture on the left.

The ACL's Katherine Spackman recently interviewed Collective Shout's Melinda Liszewski about a list of businesses the organisation is encouraging people not to buy from because the brands have excelled in sexploitation. The organisation has recommended Towards the Stars as a positive alternative and safe haven from the commercialisation and sexualisation of girlhood.

Sue King on the Political Spot

Posted on Blog · December 04, 2012 11:00 AM
Sue King is the Director of Advocacy and Research at ANGLICARE Sydney. She spoke to the ACL's Katherine Spackman about a federal government senate committee exmining allowance payments and recommending the Newstart allowance be increased by $50 a week for singles.

Melinda Liszewski on the Political Spot

Posted on Blog · December 04, 2012 11:00 AM
Melinda Liszewski from Collective Shout, the grass roots organisation against the objectification of women and sexualisation of girls, has released its annual 'Cross them off your Xmas list'. It's the third year the organisation has released a list of businesses its encouraging consumers not to buy from because the brands have excelled in sexploitation. ACL's Katherine Spackman spoke to Melinda about the list.

Wendy Francis on the Political Spot

Wendy Francis is the Queensland State Director of the Australian Christian Lobby. She spoke to the ACL's Katherine Spackman about the NT election which is on next week. Wendy Francis was in Darwin recently to host the Make it Count leaders forum which was attended by the Country Liberal Party's Terry Mills.

Mark Sayers on the Political Spot 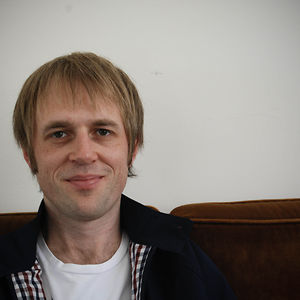 Mark Sayers is a cultural commentator, writer and speaker who has just published the book The Road Trip That Changed the World. The ACL's Katherine Spackman spoke to Mark about his new book.
Sign in with Facebook Sign in with Twitter Sign in with Email