Ahead of this weekend's election, know who shares your values. 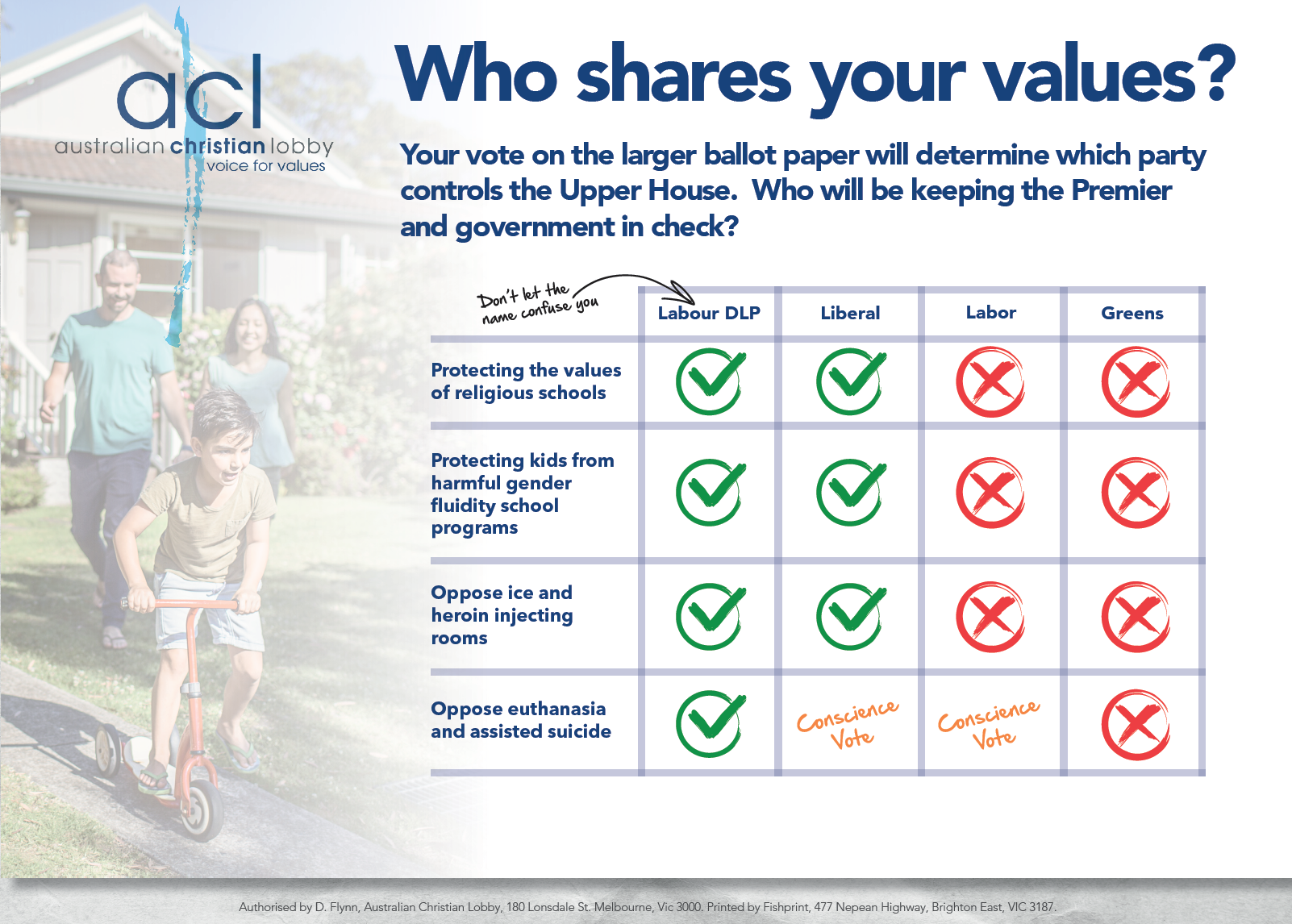 Since the Andrews' government was elected in November 2014, our state has become an experimental outlier in Australia, clearly more unsafe now than ever before.

Whilst in power, the Labor government has:

1. Made the teaching of radical and dangerous gender theory mandatory in all State High Schools - the only state in Australia.

3. Attacked Christian organisations to remove their ability to employ all staff who share their beliefs - the only state in Australia.

4. Ignored the call to protect babies who can feel pain from abortion and prosecuted a Mum for allegedly helping women to save their babies.


Your voice matters! It's time to unite and voice our values!

One Hundred Days, Thousands Of Volunteers

Reports that Deakin University will become the first university in Australia to provide paid leave for staff undergoing gender reassignment...

Victoria… Where can I begin? In a little over 6 weeks, there is a Victorian state election. It is a...

The Victorian election takes place next month and it’s all on the line for Victorian Christians.  Safe Schools is already...

Is this the end of merit-based employment?

The Victorian Labor government’s draft gender equality bill to equalise employment in its departments will be the end of merit-based...
More Articles