During the Australian Open 2020 and the 50th anniversary of her calendar year Grand Slam, Martyn Iles presented a book representing your support to Margaret Court.

“Thank you for being a sporting hero and also thank you for standing up in the public square and speaking up for all of us.”
- Martyn Iles

“Thank you Martyn. I really appreciate it from everyone who has signed this. I feel we’re standing for our beliefs in the nation and that’s the reason I’m standing here, for freedom of speech.

"I appreciate and thank everybody and thank ACL for what they do throughout the nation. Together I think we make a stand and it’s very important in this time to be a voice for our nation and for what we stand for in our Biblical beliefs.”
- Margaret Court 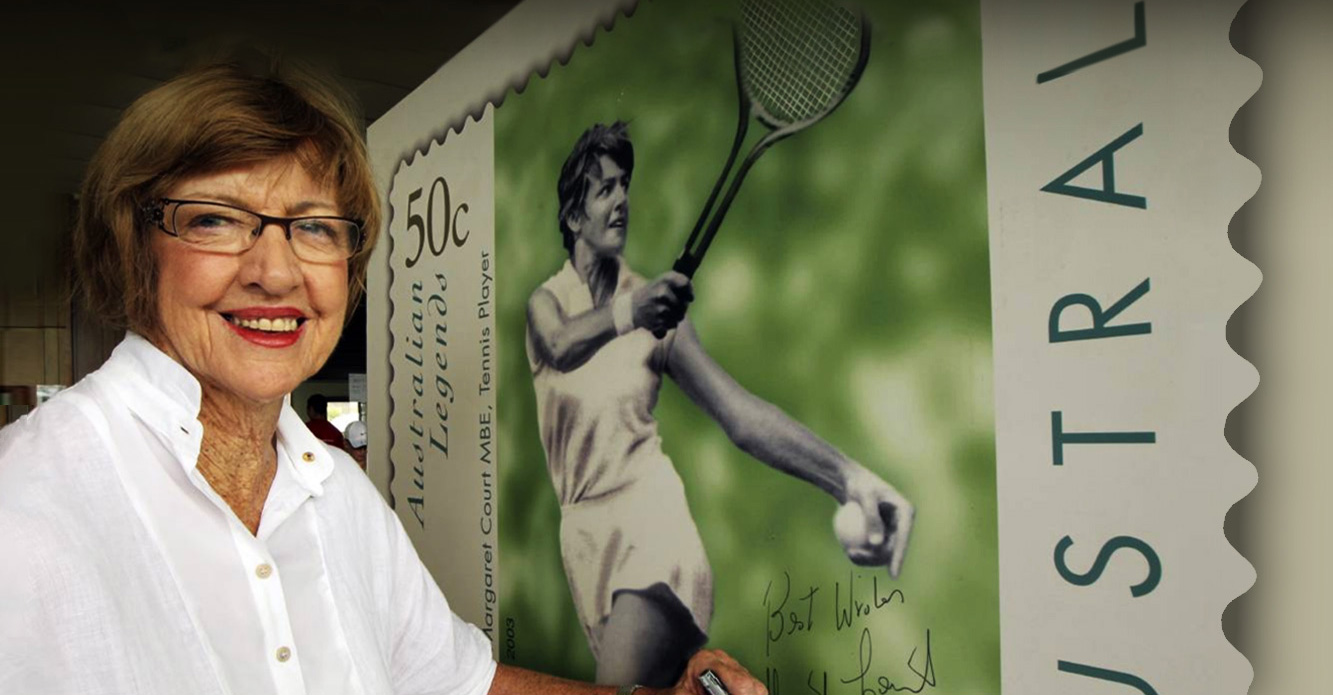 We are among the millions of Australians who are proud to stand with you.

We believe that Christ has called us to be His witnesses as salt and light in every sphere of life, even in the face of rejection and hostility.

We believe that the Bible is God’s holy Word and should be openly celebrated and spoken without shame or fear.

You are among the world’s most successful sportswomen and we want to honour your achievements on this, the 50th anniversary of your grand slam.

As a counsellor, pastor, and social worker, your contribution of love to the community is significant.

We also acknowledge and thank you for your boldness, despite overwhelming pressure, in speaking God’s truth and standing with Christ as a public figure and Aussie icon.

Your example is all too rare in a time when compromise is easy and religious freedom is under threat.

By publicly signing this letter, we thank you, we stand with you, and we pray for you.

“For I am not ashamed of the gospel, for it is the power of God for salvation to everyone who believes…” (Romans 1:16 ESV)

You are not alone.

We love you Margaret!