Why is harassment okay for some but not others?

The insertion of the word ‘harassment’ as a prohibition in 18C of the Racial Discrimination Act is welcome but won’t stop same-sex marriage activists from harassing anyone who does not share their views, warns the Australian Christian Lobby.

“It is ironic that on a day when the Government is rightly inserting an anti-harassment clause into Section 18C, that media are reporting the on-going harassment of a Christian by same-sex marriage activists,” ACL managing director Lyle Shelton said.

“No one wants anyone to be harassed or intimidated because of their race, but it is ironic that same-sex lobbyists continue to be free to use the most debased and vile language to harass and jeopardise the employment of people who have a different view on marriage,” Mr Shelton said.

“In recent weeks Australians have witnessed companies and individuals being bullied simply for holding the view that marriage should be between a man and woman.

“Those being bullied for their beliefs have no such protection as that afforded under 18C.

“Australians need to call out individuals such as activist Michael Barnett when they use stand over tactics in tweets wrapped in the foulest language.

“The tactics employed by the same-sex marriage lobby to bully, intimidate, boycott and threaten were fully on display last week when Coopers Brewery was on the receiving end simply for having its beers feature in a Bible Society video discussion on marriage involving MPs Andrew Hastie and Tim Wilson.

“The message from same-sex marriage activists is that you must agree with them or else they are coming after you, your family and your business or workplace,” Mr Shelton said.

“All Australians should be free to go out about their business or go to work without living in fear of being bullied for their beliefs. Freedom-loving Australians detest bullying for any reason.

“The best way to protect freedoms is to make sure the Marriage Act never changes. Changing the Marriage Act to redefine marriage will weaponise state-based anti-discrimination laws against dissenters in a way that will make 18C look tame.” 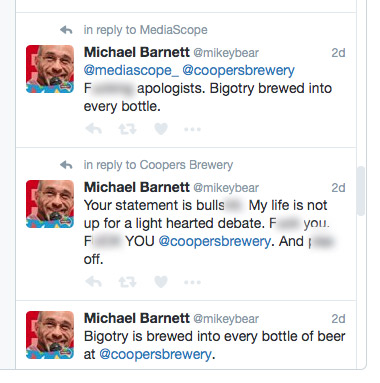 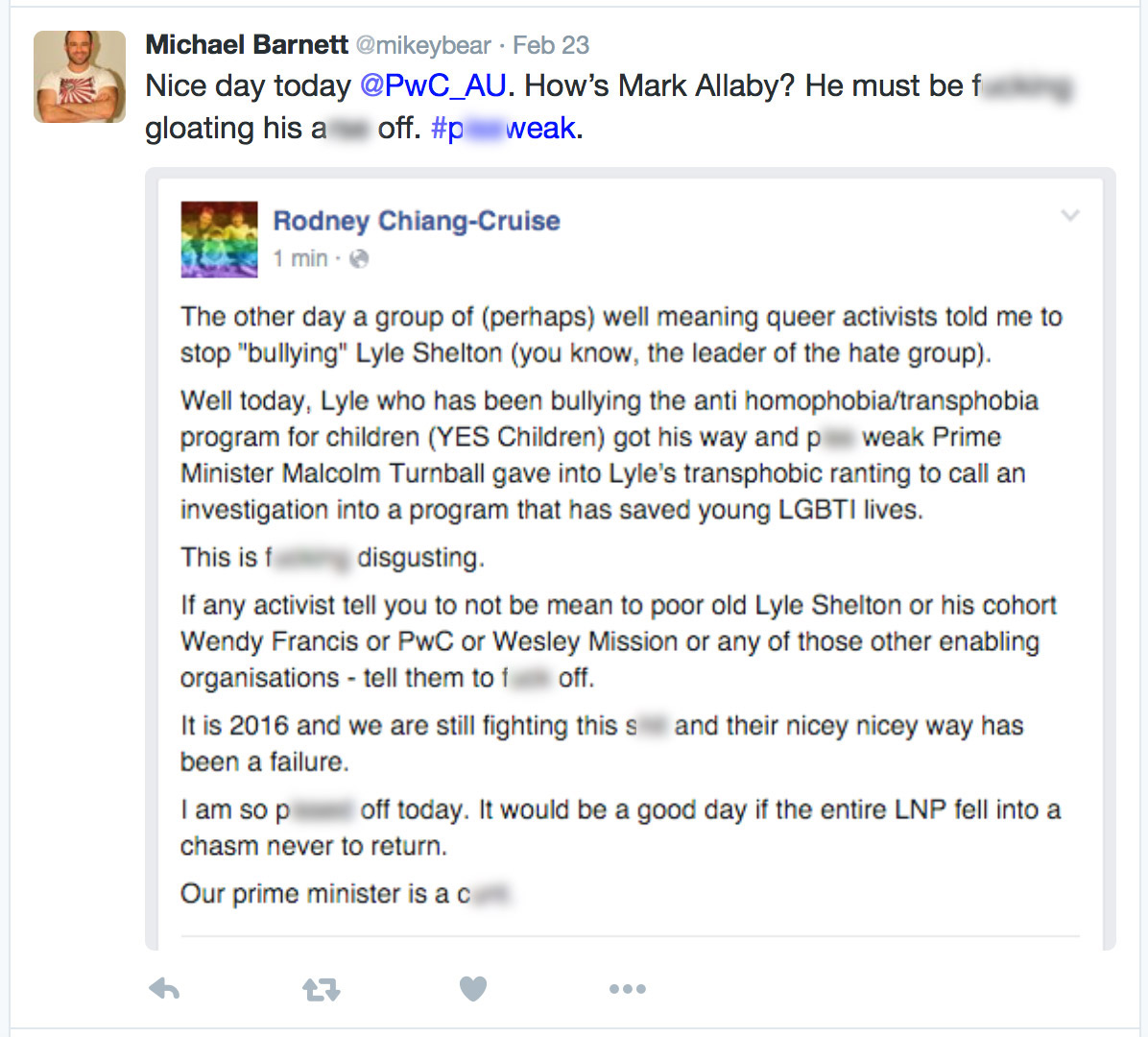