Proposed changes to NT anti-discrimination law will take away the freedom of faith-based organisations to maintain their ethos.

“There has been no evidence that any person has been discriminated against by faith communities or political parties in the selection of staff,” Ms Francis said.

Ms Francis also said legislation to give same-sex couples access to IVF would deny the rights of children to, wherever possible, be raised by their parents.

“IVF should not be used by anyone, gay or straight, to deny children their parents,” she said.

“The primary concern should always be the welfare of the child.” 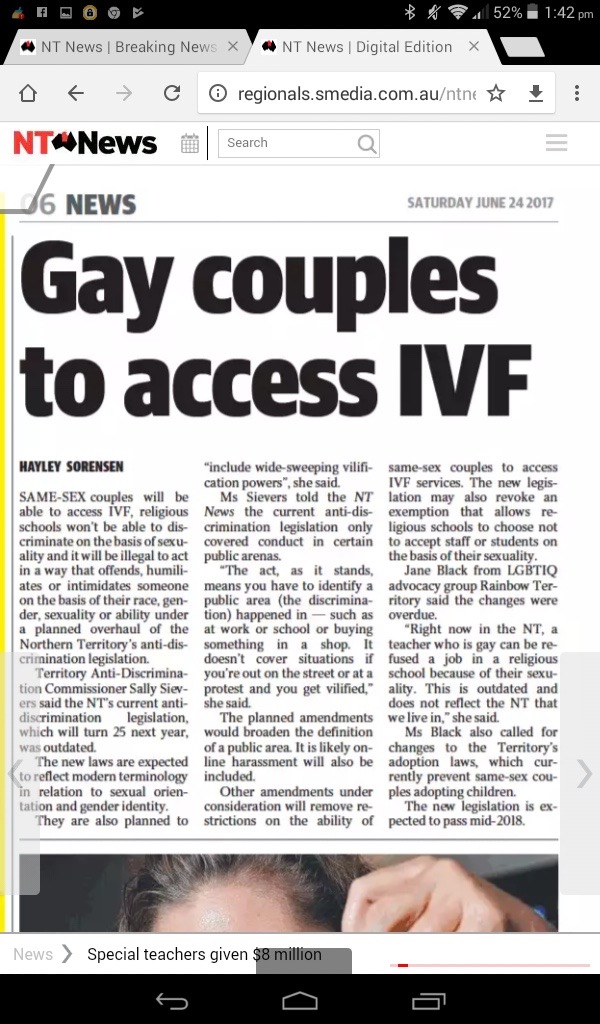