The City of Fremantle Youth Network recently called for expressions of interest from Drag Queens and Kings to participate as paid performers in an ‘All Ages Drag Show’ in September.

It seems that since emails objecting to the event have begun to hit the Mayor’s and Councillors’ inboxes, the Facebook post has been deleted (or hidden). However, a phone call to the City’s office on Monday afternoon resulted in the customer service officer assuring me that the event was ‘definitely going ahead.’ 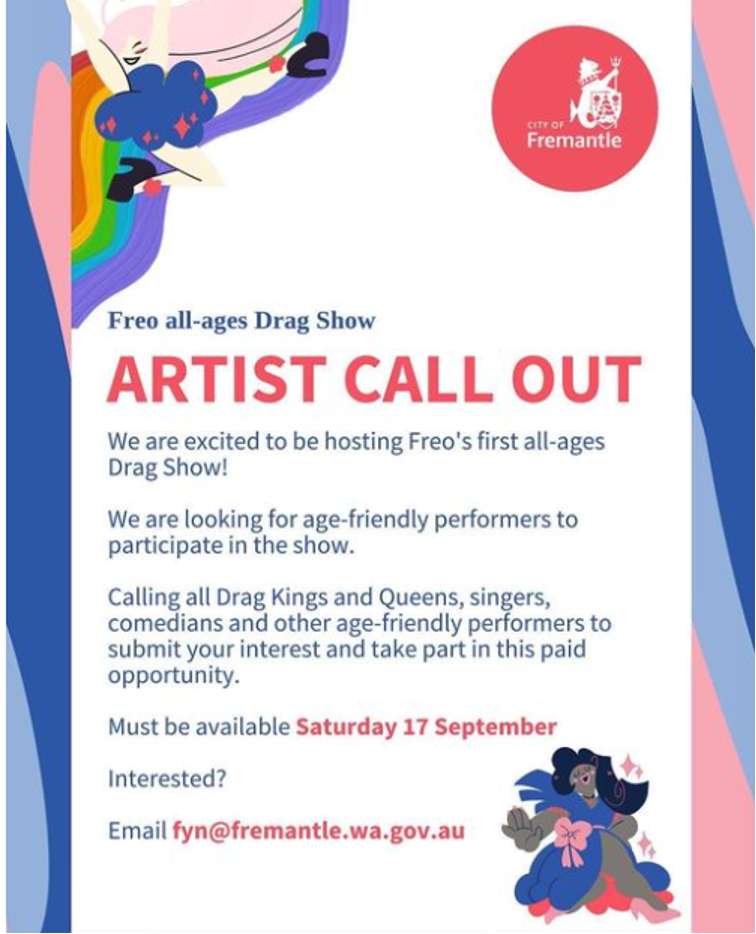 If you are not familiar with drag shows, they involve men dressing as women and engaging in highly sexualised actions.

I encourage you to write an email to the Mayor and Councillors at the City of Fremantle urging them not to use ratepayer funds to sexualise children, and to replace the planned event with a family friendly event.

You can include some of the points below if you wish. It is most effective to put them in your own words...

Remember to be polite and courteous, even if you are upset.

The email addresses of Councillors and the Mayor can be found on the City’s website. Thank you for taking immediate action!

Affirmation only - anything else is ‘Conversion Therapy’

The WA Equal Opportunity Commission used International Youth Day on 12 August to hold an event at the State Library...

SA: Pro-women, Pro-life on the Move

The successful WEEP (Women Ending Exploitation by Prostitution) conference which was held on 23 July has given an impetus to...

The news that parents in Victoria are distraught and facing prosecutions because of the Victorian laws which prohibit proper counselling...

Affirmation only - anything else is ‘Conversion Therapy’

The WA Equal Opportunity Commission used International Youth Day on 12 August to hold an event at the State Library...